I searched "Playmobil vs. Lego" and the first thing I noticed, "Lego vs. Playmobil is like Apple vs. Microsoft". This post is a part of "World Cup for Kids" and we are continuing exploring the German culture hands-on. 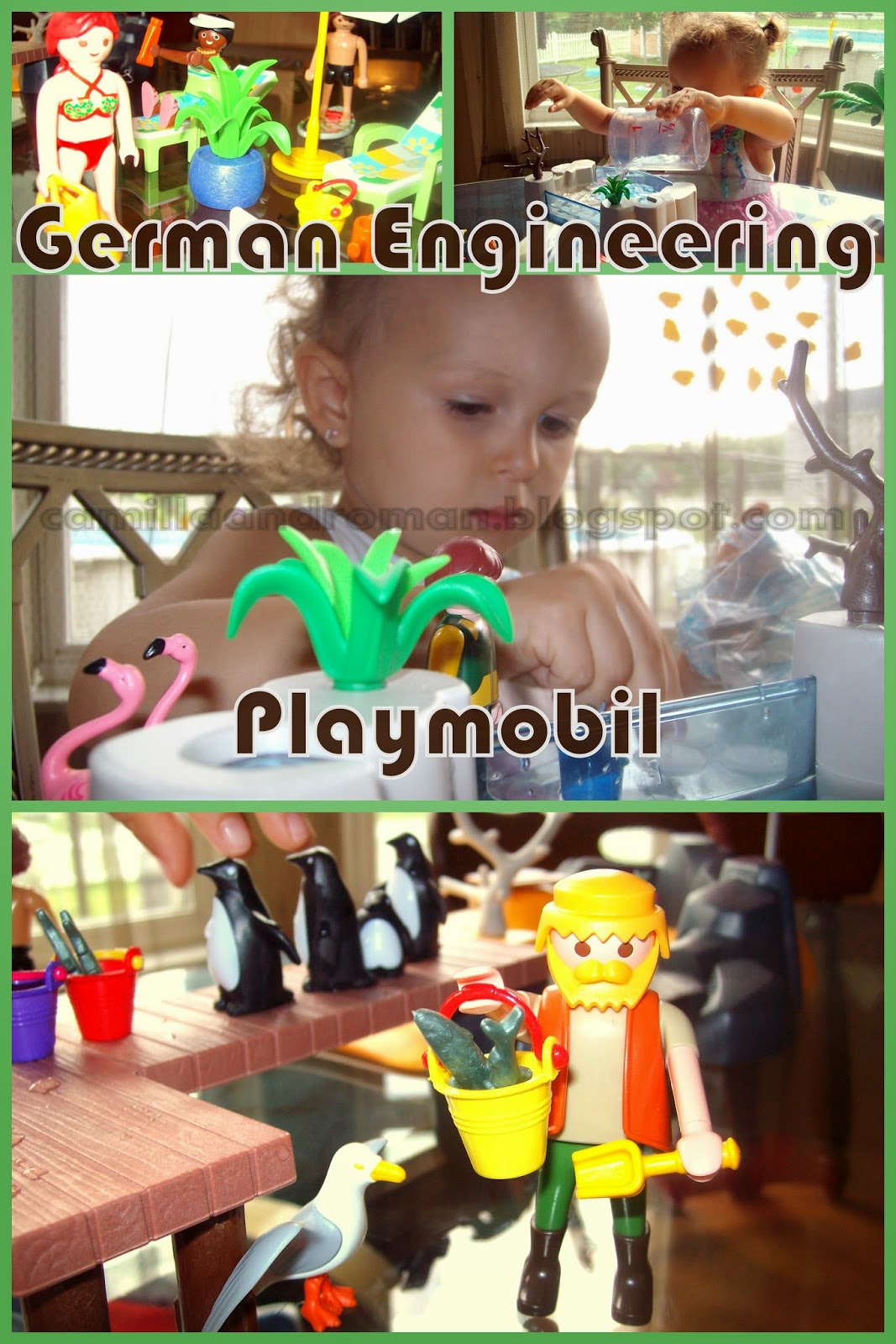 The discoveries made by German Scientists shaped the world as we know it. 104 Germans were awarded the Nobel Prize with the majority of them being scientists.

I thought I'd mention a co-awardee of 2013 Nobel Prize Thomas C. Sudhof, M.D., a German biochemist from Gottingen.

How does our brain work? The major current break-through discoveries are in neuroscience because people learn more and more about the ways to look inside the head and see how it actually works. When we think and learn, our brain cells "talk" to each other by sending special chemicals - proteins - neurotransmitters - from cell to cell - processing and storing information in our head along the way. Neuroscientists studied how a second cell receives these chemicals and as a result we can learn and remember. Dr. Sudhof concentrated his research on how a first cell sends the chemicals to the second cell. The results of his research has allowed understanding of Alzheimer's, Schizophrenia, and a type of Autism inherited by children.

Off topic. Dr. Sudhof was able to research the inherited autism. More research is needed to find the causes of autism because the autism rates are rising in the USA! For example, this article found here: Pregnant women should pay attention to link between pesticides, autism. According to CDC, 1 in 68 children is diagnosed with ASD (1 in 45 in New Jersey). The author of the article points to the environmental toxins in overpopulated areas as a possible cause of ASD.

German Engineering meant innovation and reliability - for centuries! What does it mean today? Auto industry: BMW, Mercedes, Audi, and Porsche. Over 25% of the value of the cars are in the electronics and software. Siemens: energy and health care (hearing aids, anyone?). Bosch: power tools. Krupp: small appliances (espresso machine, anyone?). BASF: chemicals used in nylon, resins, finishing compounds, and fibers. German economy is the third largest in the world! 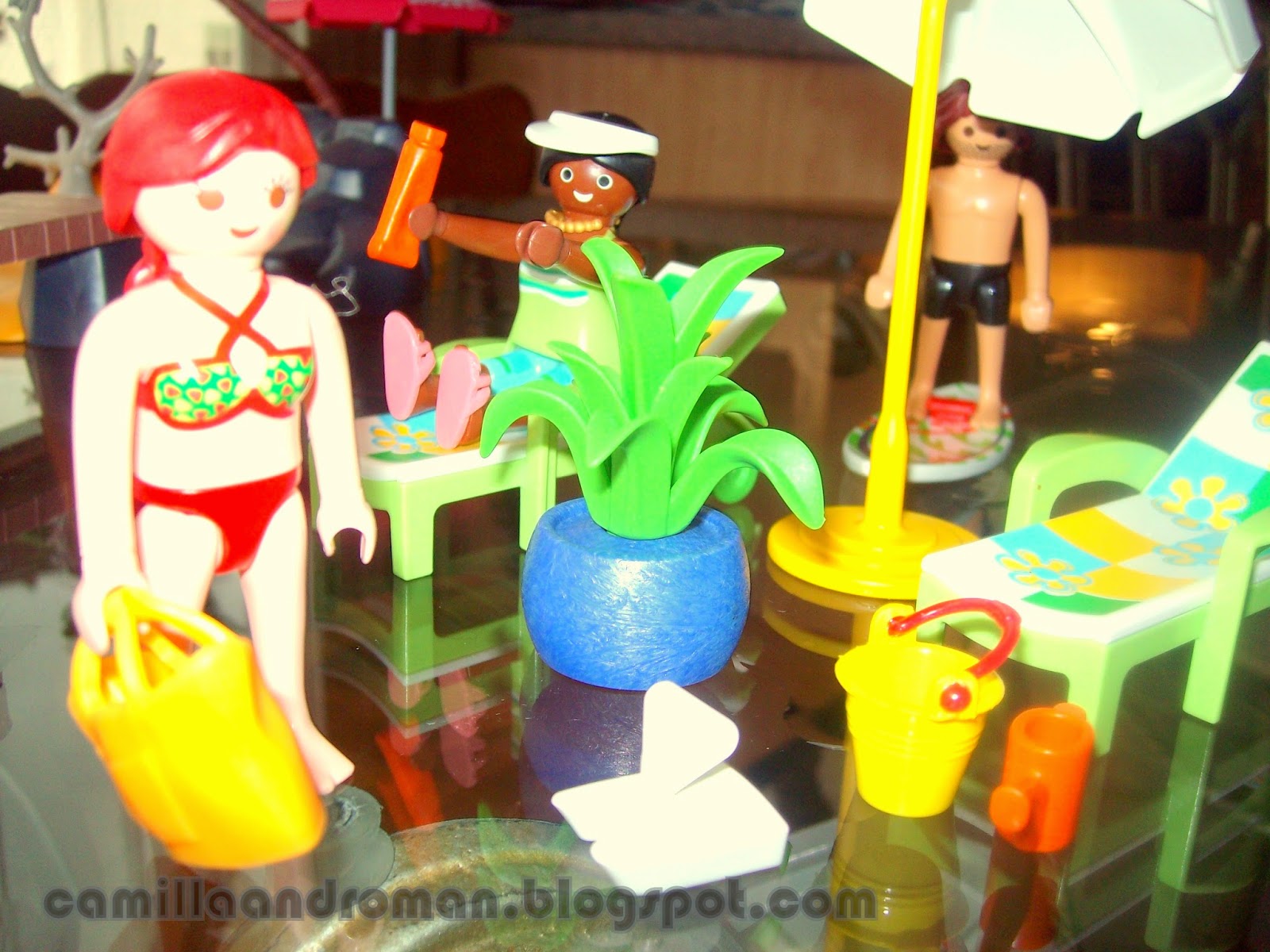 Playmobil celebrates its 40th anniversary this year! It was created by Hans Beck in 1974. You can build any small world imaginable with Playmobil: great for open play, pretend play, creativity, and developing engineering skills.

Fun fact from Playmobil, "Every second the world population increases by 2.6 people, but in the same amount of time, 3.2 Playmobil figures are born." 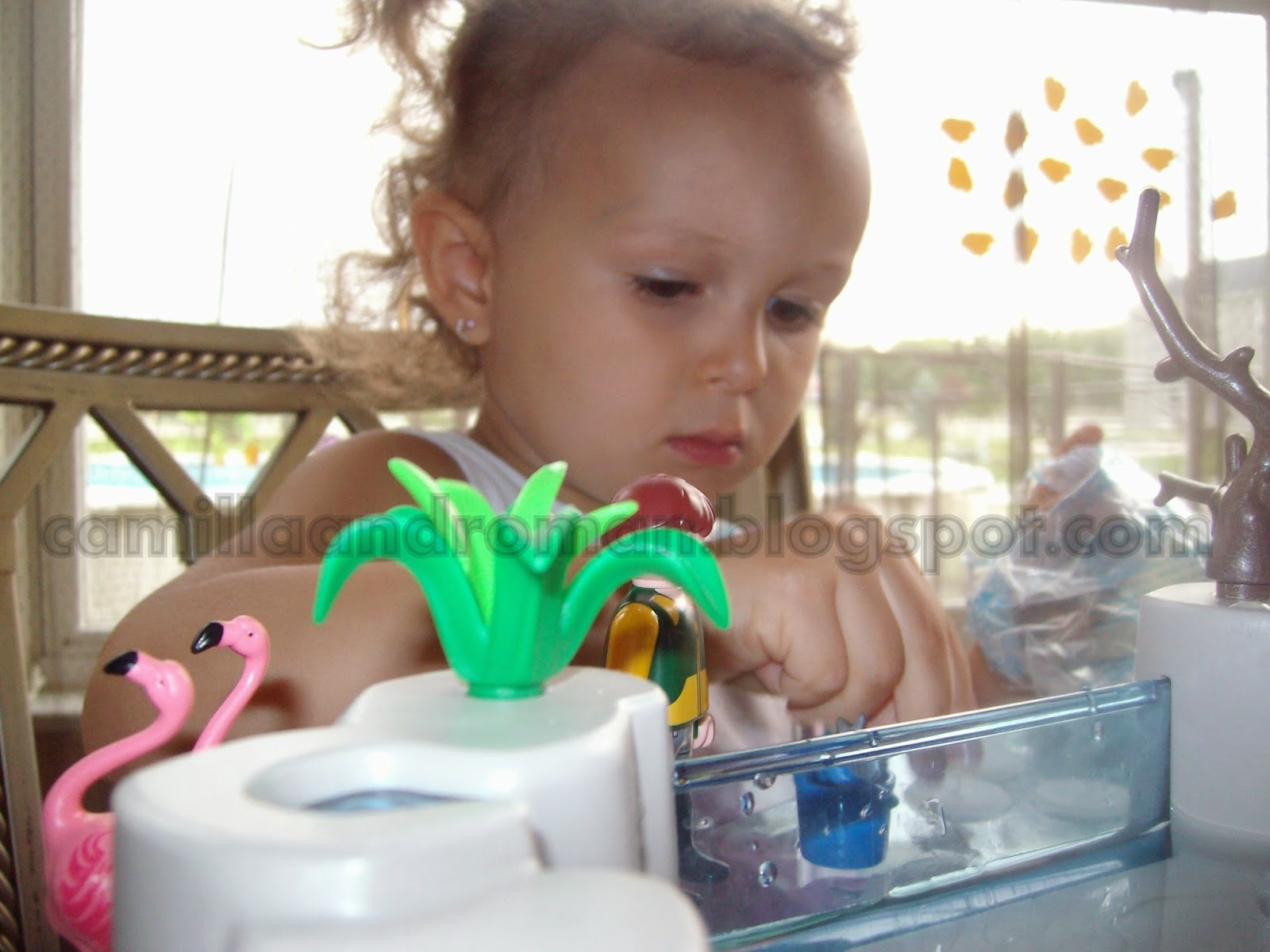 Exploring engineering with a preschooler

Playmobil toys are rated for 4-10 year olds. The sets include either small parts or tiny parts which make it difficult to keep these sets together. 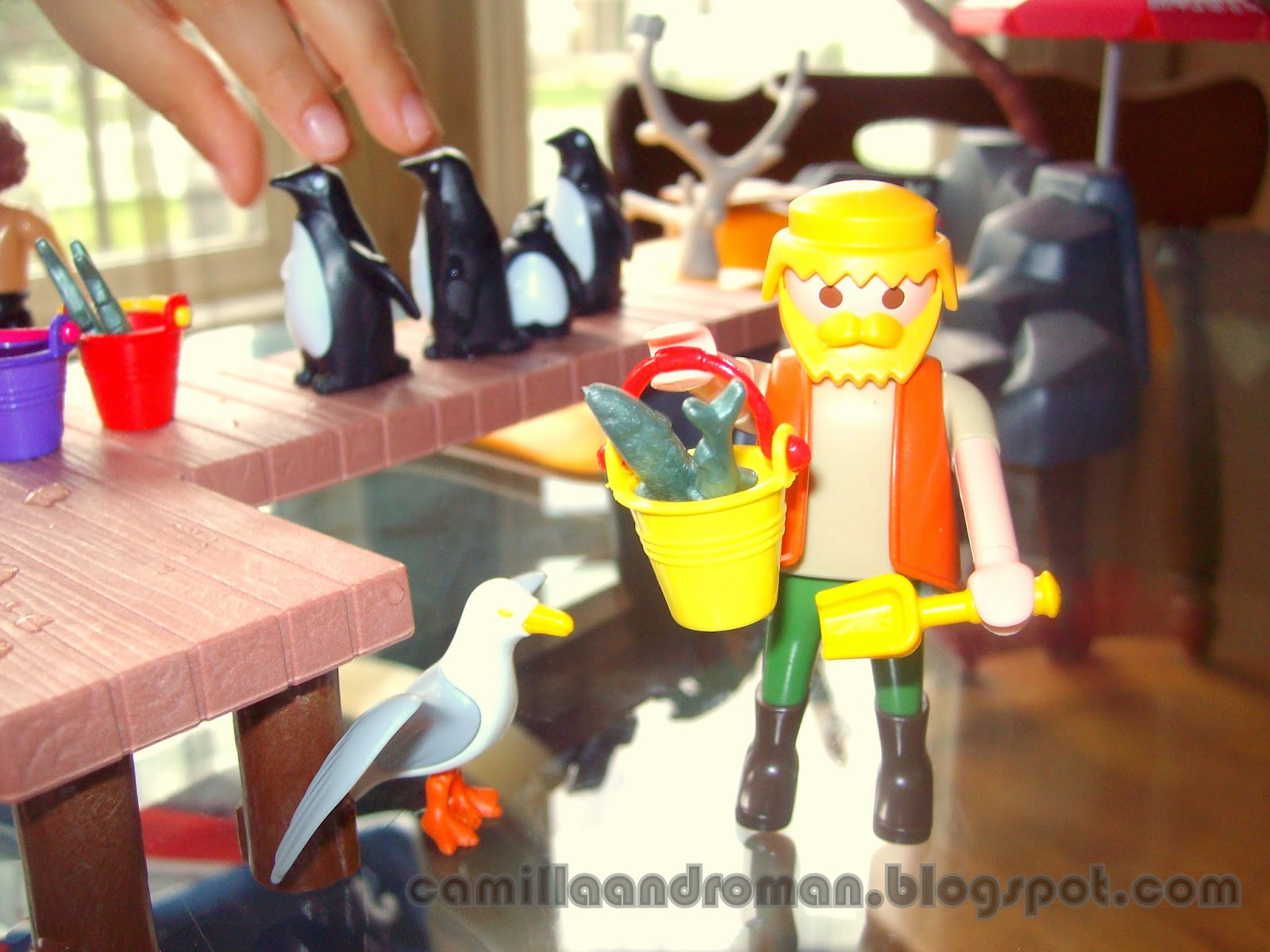 For Camilla, Playmobil toys are hours of playing and a great intro into the world of constructing and engineering! The parts are realistic-looking objects used to create a functioning farm, or a pool, or a playground. She was able to get it together with my assistance. After that, she loves to take things apart, and mix and match to create her own worlds. This puts her in charge of building and new sensory experiences. The result is a total mess and work in progress lasting forever, but well worth it! 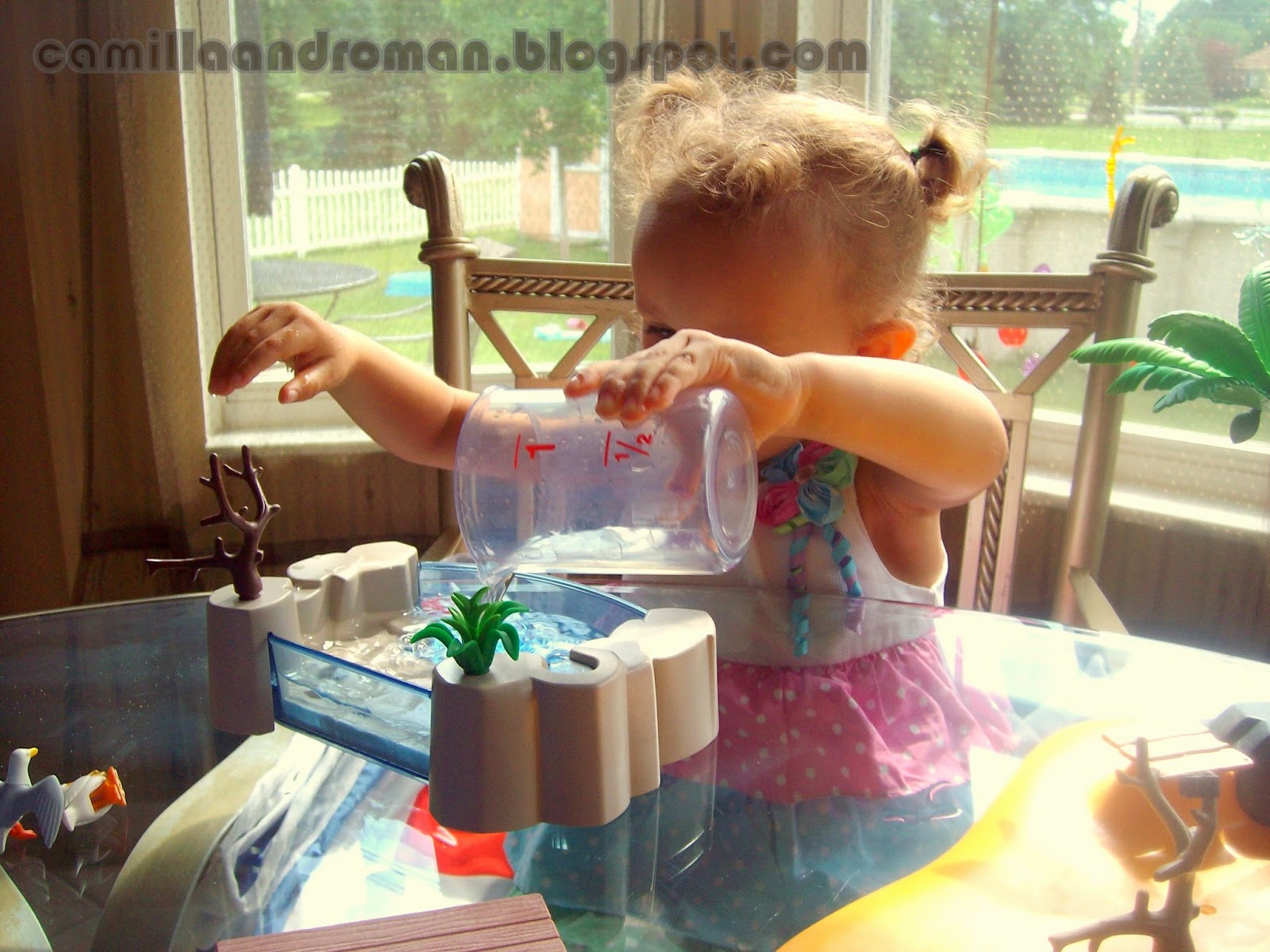 In honor of Playmobil's 40th birthday, special value sets - limited 40th Anniversary edition are available on Amazon. They include special bonus sets in each of these 4 sets.
There are only limited quantities available. They are almost sold out!

Compact Set + Cannon Wagon: Prepare for the joust by practicing with the training dummy. The weapon stand contains all sorts of medieval gear to help the knight protect the kingdom. When it's time for the competition, gallop into the arena on the royal stallion and greet the fans. After the tournament, protect the kingdom from foreign enemies with the bonus Cannon Wagon. Transport the functioning cannon using the horse-drawn wagon and keep enemies at bay. Compact set includes two figures, horse, training dummy, battle axes, armor, shield, and other accessories. Bonus set includes one figure, horse, functioning cannon, and more.

Compact Set + Pony Wagon (my favorite): Look after the ponies as they graze in the pasture, filled with trees, a small pond, flowers, hay, and more. After tending to the ponies, take an afternoon ride through the country in the bonus Pony Wagon with functioning wheels. Compact set also includes two figures, grooming tool, birds, butterfly, and other accessories. Bonus set also includes one figure, pony with harness, vegetables, basket, and more.

Compact Set + Romantic Gondola (just great for building a fairy garden with all the fun little things. I love 2 pretty swans that can carry their babies): The princess takes a leisurely stroll on her private island, adorned with a beautiful rose arch and majestic swans. Enjoy a boat ride with the prince in the Romantic Gondola bonus set, which floats and can pull up along the Princess Island at the private dock. Compact set includes two figures, two swans and chicks, bird bath, doves, roses, and more. Bonus gift includes two figures, floating gondola, harp and other accessories.

I included affiliated links for your convenience. If you buy any of the products through these links, Laugh and Learn receives a small portion of the price with no difference in price for you. Thank you so much for your support of this blog!

The beautiful pictures of the fairy gardens can be found here: Fairy Gardens