The 12th Night and Gender Differences

Wow, Shakespeare thought it's funny, some 400 years ago! Here is a train of thoughts: Camilla got to climb the decorations for "The 12th night". Since it was a long weekend, everybody was together and the discussion went that direction. We talked about "The 12th night", about "Romeo and Juliet" (of course :) ), and then about the gender differences in babies and toddlers.

The physical differences are well know. Besides the obvious one, LOL, I can think of several now. The boys are supposed to be bigger, stronger, braver, with a bigger head. They are better at gross motor skills, while girls are better at fine motor skills. The girls start talking earlier and can draw better pictures (more skillful and using bright colors). Boys are more active and ready to take a risk, and girls are quieter and more fearful. What else I am forgetting here?

It also largely influenced by the cultural norms of the parents and caregivers. I thought I am open minded here. If my girl wants to run around with boys and get her pretty dress dirty, so be it. Or another example: Camilla has 2 ride-on toys. I bought her a truck because I knew from the experience with my son that it can be used in so many ways at play. This one is one of the best toys to help kids get creative. When Daddy saw Camilla's new truck, he did not object, but looked surprised and even said something like "Why?" Several months later he brought her a pink and pretty pony (which she really liked). 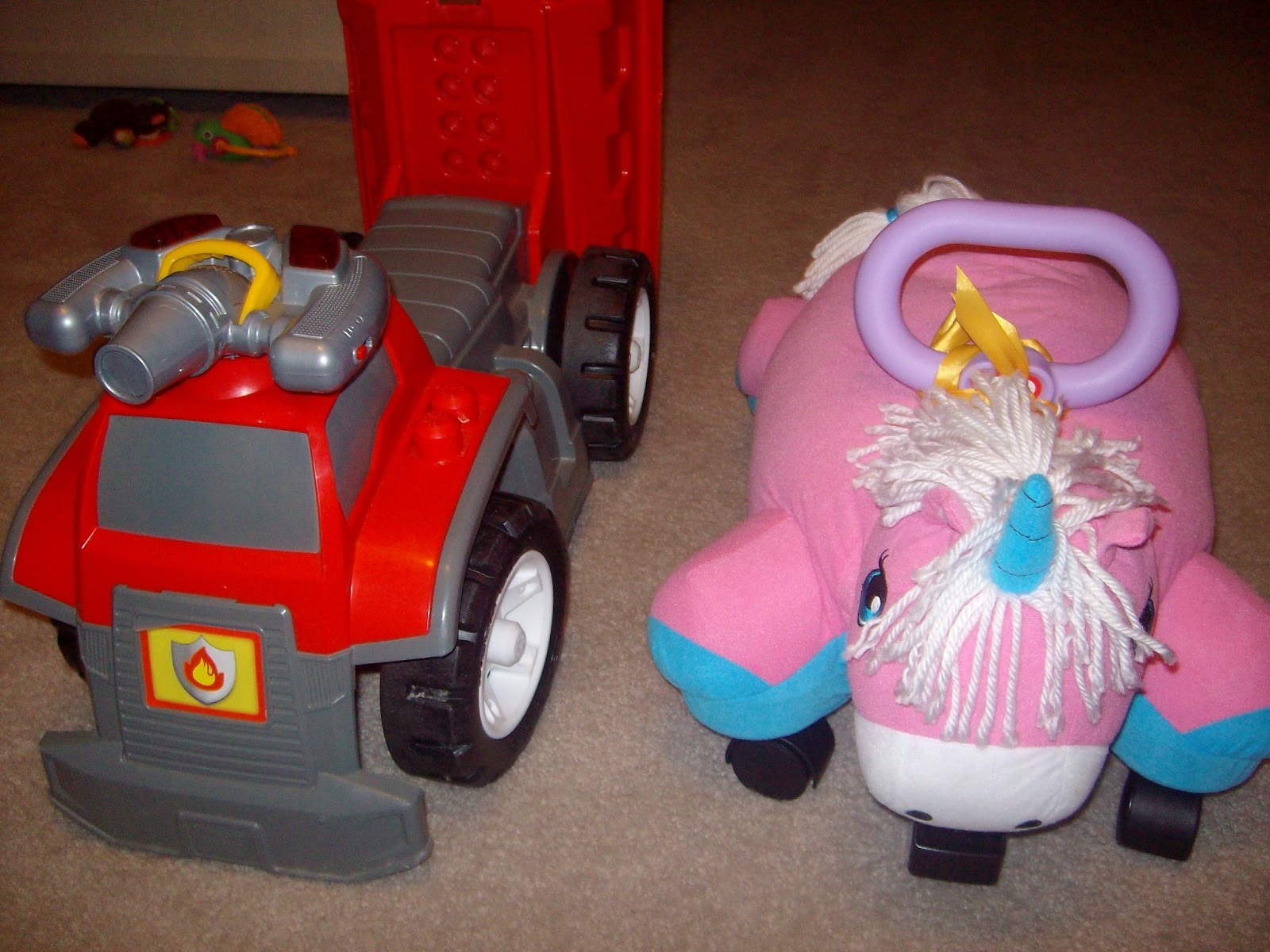 After thinking and talking about it, I realized I am NOT THAT open minded.

Once we discussed toys with our friends with toddler kids. The father of a little boy and a girl complained that when they bought a doll for their daughter, her brother was very interested to play with the doll. He asked if they should buy another doll and a stroller for his son. Another Mom responded that it's OK for boys to play with dolls and that her son loves to play with dolls. Then I quickly said that the boy was only interested because it was a new toy and that he will get over it soon. Later I thought of how wrong my reaction was, I am NOT against boys playing with dolls - LOL.

But what IS a correct way of doing it. The modern advice is to pretty much ignore the differences. Offer boys to play with dolls, but girls have to play with trucks. Offer kids to choose their cloths, if it's wrong  - oh well, their choice, boys can wear pink. Offer role play: boys play female characters, and girls play male characters. Let them cuddle and wrestle together (I am OK with cuddling, but wrestling for girls?). Take kids to a dance recital where both men and women dance together.

We are to teach kids the social norms: how to listen, care, share, use nice words... Why should we try our best to confuse them with this particular social norm? Is it not a social norm any longer: boys are not boys, and girls are not girls? "The 12th night" is not a comedy any more, it is a reality show? And what will it be in 20 years from now?

I would appreciate any comments on this topic. Should we raise the kids according to their gender? Or gender neutral? Or try to let boys experience to be a girl, and girls to be a boy?

Here is Camilla, 15 months old, with her first Valentine's card. The boy came up to me,  put his card into my hand, and ran away. Of course, I didn't understand what he was trying to do - :)