Invitation to Exlplore and Build: Small World with Toddlers

We used Mega Bloks and Boards. I cannot believe how much Camilla is able to do now! She explored the structure of the building, volunteered to count the columns, matched the colors, arranged the figures, listened to some historical facts, and then got creative with the extended play - coming to these activities again and again through the day. 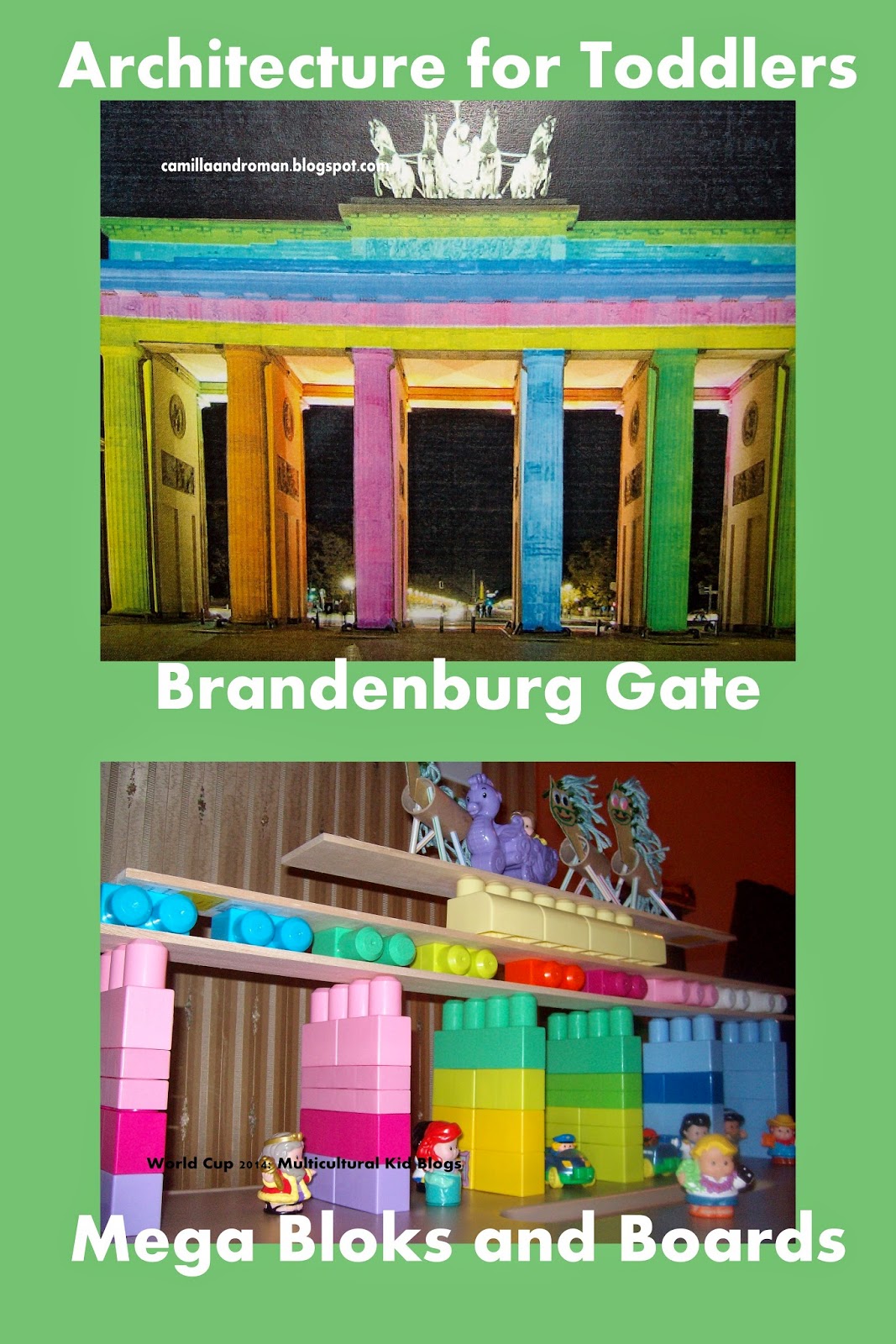 The Brandenburg Gate, Berlin, Germany is a site of many important events in the history of Germany, Europe, and the World. Victoria, the goddess of victory, is on top of this main German landmark. Can the walls see and remember? It was built in 1791; and in 1806 witnessed Napoleon passing through its passageways.

In the picture below, the Brandenburg Gate looks very modern. Sometimes it's hard to believe that it greeted Hitler to power and used by Nazis as their symbol. Later, it stood overlooking the ruins of the World War II.

On June 12, 1987, Ronald Reagan gave a speech at the Gate encouraging Gorbachev to tear down the Berlin Wall, "if you seek peace... if you seek liberalization:... open this Gate!..." This was the whole 24 years after another famous speech at the Brandenburg Gate.

"Ich bin ein Berliner" (I am a Berliner), said John Kennedy to boost the moral of the people of Germany.

"If anybody asks if President Kennedy's words ring true today, let them come to Berlin, for here they will find the people who emerged from the ruins of war to reap the blessings of peace; from the pain of division to the joy of reunification." President Obama at the Brandenburg Gate, June, 2013 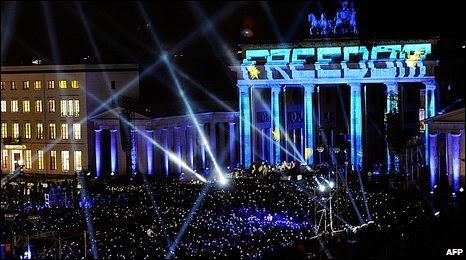 This is a view of our refrigerator nowadays.
Top: My son's craft - his prediction of who will win the World Cup.
Bottom: Since he thinks that Germany will play the final game, here we have the Brandenburg Gate at night. I chose this picture because the colors of the light helped Camilla to see different elements of the structure. 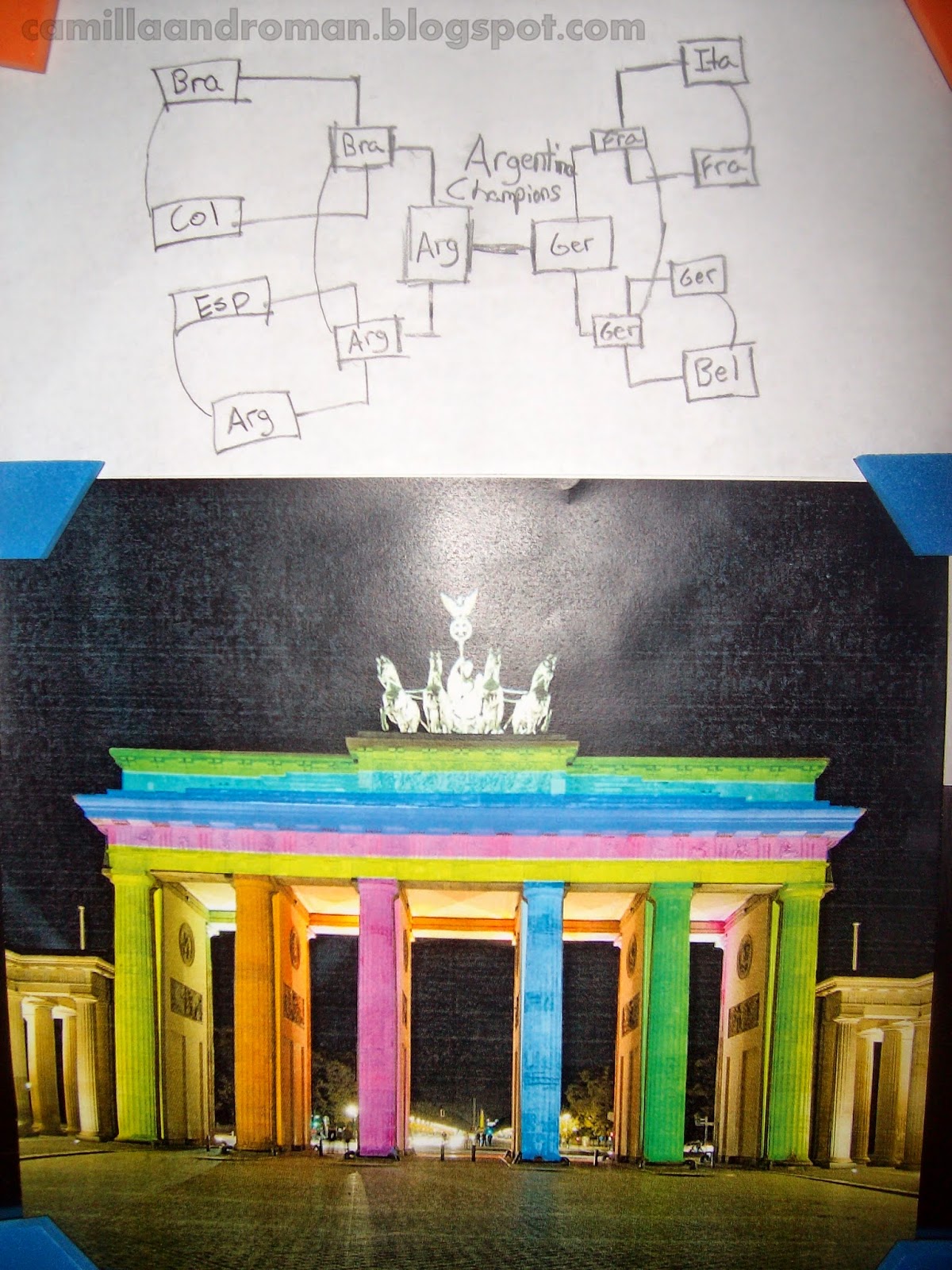 We started small: two columns and a long board. Camilla immediately discovered that there is not enough support. We moved on: making more columns, counting them, matching colors.

After she played with her new structure for a couple of days, I offered her to analyze the picture again. Is there anything else that makes this Gate so special? We noticed the horses and learned the new word "Goddess". Camilla assembled the horses by herself. I wrote more about our horses here: How to make a horse from a TP roll

We looked at the picture again and discovered several more layers on top of the Gate. Then we discussed what we need to build that. After the discussion I gave her 2 more boards. Of course we reviewed "short" and "long" with them. I helped her to support the boards and arranged the horses for the picture below. 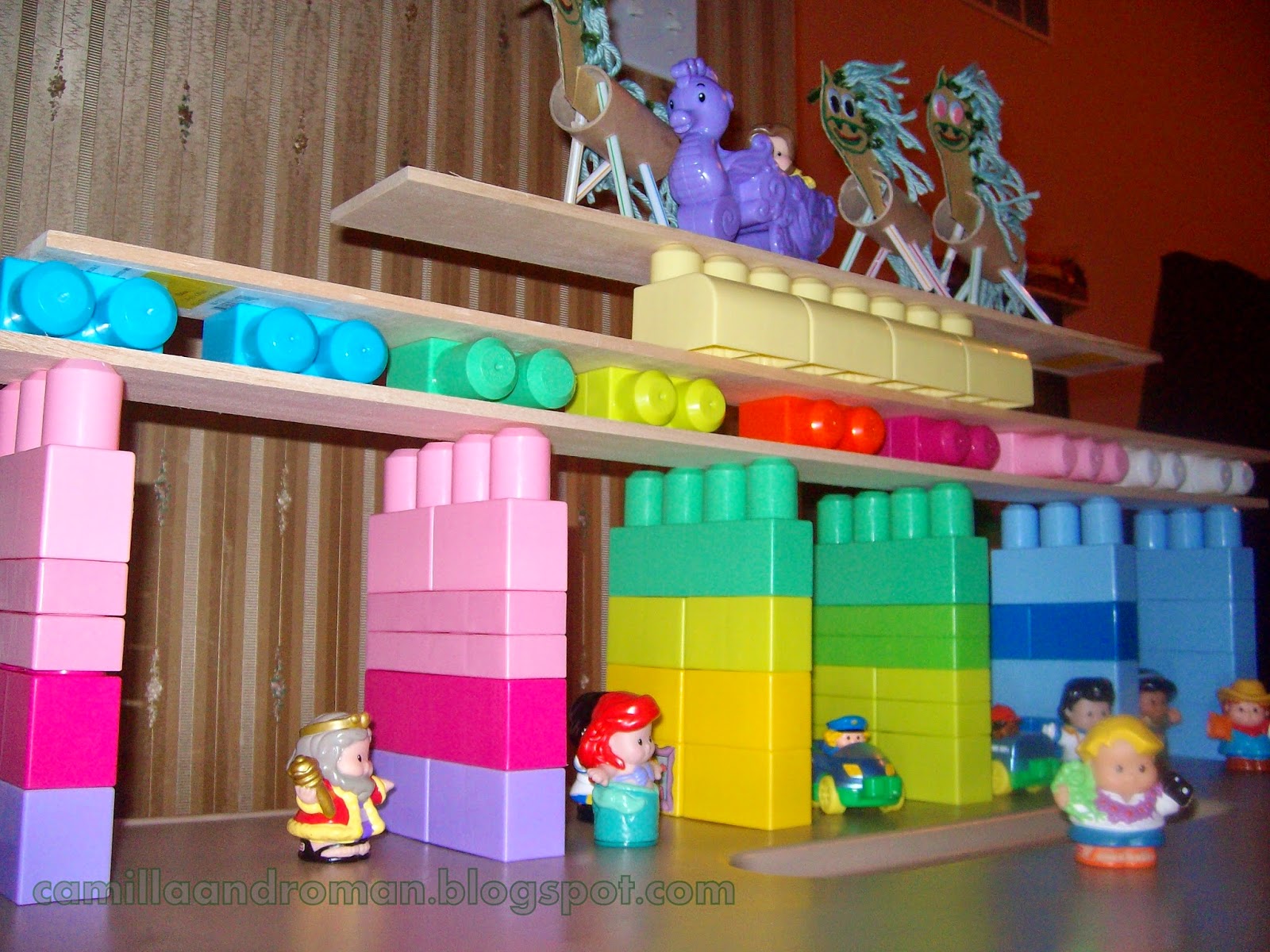 I found these boards at Michael's. This is the best open-ended toy Camilla ever had. She got very creative with them and discovered many new uses of the boards. They are safe, light weight, and sturdy enough to survive some rough playing (They cannot support her weight. So I had to warn her not to step on them when they are off the floor).